Today is Lewis' birthday and he is two entire years old. We went to the farmers market to eat lunch and play on the playground, we opened presents from our generous family, and soon we will have some delicious cake with singing and candles. I am so thankful for this sunny, joyful boy, and I am so happy to be celebrating a new year of his life. 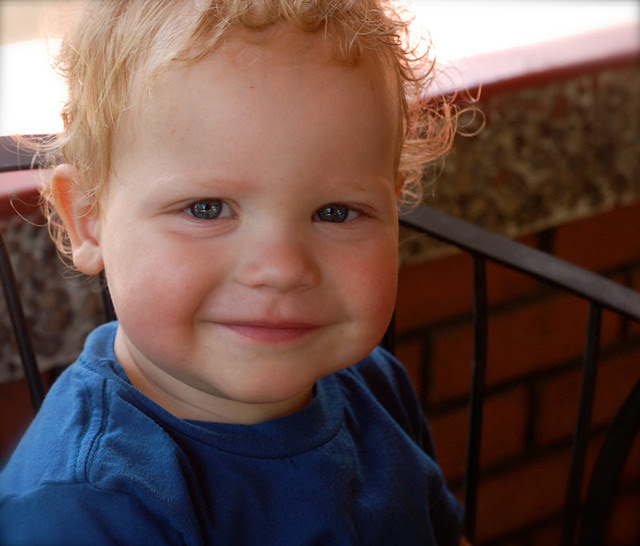 He is talking up a storm these days, putting words together into sentences and working so hard to communicate with us. The changes in his verbal skills are so fast and furious; already some of the sweet/hilarious mispronunciations are falling by the wayside. For a long time, he called Violet "Butt", which I admit we thoroughly enjoyed. He has added some more syllables to her name now, so it is more like "Bioyet" -- closer to accurate but sadly not as funny. He does still call Legos "WAY-gos", so that's something.

We have experienced some kind of potty-training miracle with Lewis. About six weeks ago, we were at Chipotle for lunch one Sunday and he said he wanted to go to the bathroom. He pooped in the toilet at Chipotle, which was the first time he had used a toilet EVER, and things have been going quite smoothly ever since. He is not accident-free or anything, but he is super eager and cooperative in all potty matters. Earlier in the summer, I had said to myself, "Wow, I probably have only one year of diapering left EVER," thinking that he would potty-train next summer right before he turned 3. I guess I was wrong!

Lewis is the first of our children to potty-train before he weans or grows out of a nap, which has felt different and odd. He's pretty much grown out of baby-wearing as well at this point; the baby carriers are sitting seldom-used in his room where he sleeps in a twin bed and there is no diapering station set up anymore. It's pretty hard to wrap my mind around being nearly finished with the cloth diapers and baby slings and high chairs and breastfeeding and baby beds and all that; all that has been such a big part of my life and my identity for the last 7+ years. Lewis is even starting preschool this fall; he'll go Tuesday and Thursday mornings at the same place that Violet is going to pre-K.

Lewis got his first haircut this summer. He had been looking pretty straggly with crazy/uneven curliness going on, but I kept putting off doing something about it. I was worried that the little kid hair place I usually take the girls would make him look really conservative; I like longer, scruffy hair on little boys. One day, Rob had an appointment to get his hair cut and on the spur of the moment, we asked the guy who cuts Rob's hair to give Lewis his first trim. The vibe of that guy is such that I did not worry about Lewis coming out looking too conservative :) and it turned out really cute. 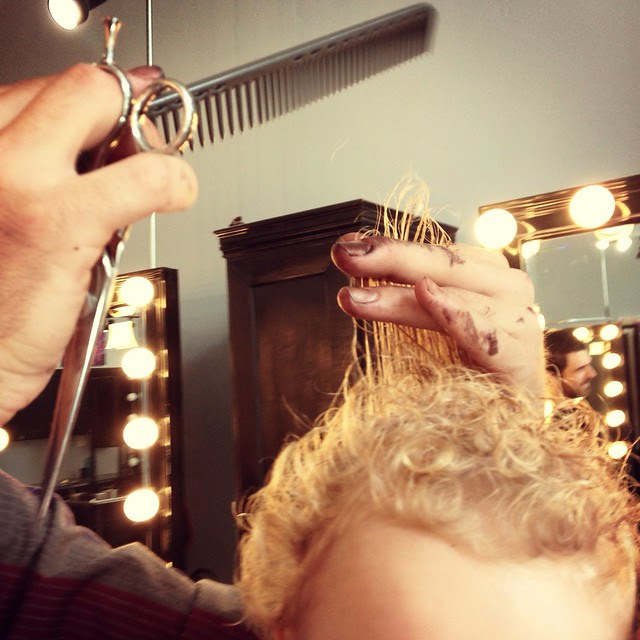 Lewis has been on an elimination diet for a couple months now to try to figure out his various health issues. We went to an allergist that Rob thinks really highly of to do a bunch of food allergy testing; he didn't have a positive skin test to any of the commonly allergenic foods but unfortunately those tests aren't a perfect way to figure out what foods are troublesome for someone with eosinophilic GI disease. If someone has an IgE-mediated allergy to a food (which is what those tests test for), it is more likely to be a problem for eosinophilic GI disease, but it's not a sure thing and it's not always the only foods that are troublesome. Anyway, we started by taking wheat, dairy, egg, and soy out of his diet. One of the very first mornings, I gave him a little container of coconut milk yogurt and he had a classic allergic reaction to it, right there at the breakfast table. It felt really discouraging, because I thought that I had come up with something he could/would eat and then KABOOM. NO. We went back to the allergist to confirm that yes, he has an IgE-mediated allergy to coconut (which is really rare, it turns out). It's possible that coconut is the ONLY thing that he has an issue with, which would be great; I did cook with coconut oil and milk a good bit, so that could have been the source of the problem. We are staying on the whole elimination diet, though, (since we had already started it) to make sure we figure out what the problem is. Since we started the diet, he has not vomited once and his gagging/coughing/choking has drastically improved. We had a repeat swallow study (swallowing more barium, yay!) last week and it showed that he is not aspirating liquids anymore, which is such, such good news. It's likely that the combination of the diet and the reflux medication has let the damage in his esophagus/wherever heal so that he can feel enough to swallow correctly. So now we will start reintroducing some of these foods again (aside from coconut) to see if he can tolerate them. Since eosinophilic GI disease is not the kind of thing where a problem shows up immediately when you eat a problematic food, we'll do one food for a month and see if he has problems. We're starting with eggs for a month; we'll see! 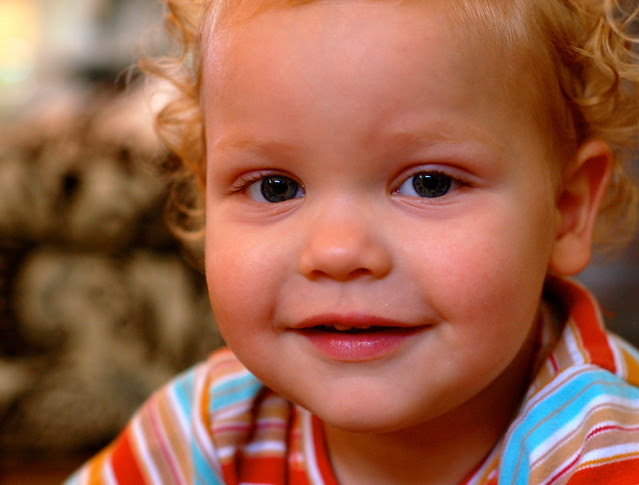 So that's the news with Lewis on his 2nd birthday. He has brought so much happiness to our family, showing us who he is today and who he is growing up to be. He is our only child to get my eyes; Grace's are true blue like my parents', Violet's are deep brown like Rob's, but Lewis' eyes are the changeable grayish/greenish/blueish color of mine. The magic of knowing a new small person, with all the unique particulars of who he is, is no less the third time around. I am so full of thankfulness that he is here in the world and with us.