Spring Has Come, At Least For a Few Days

It is so warm! We have had our first 70° days within the past week and have been soaking up the balmy sunshine, at least until the chilly weather returns. (Which is tomorrow, it looks like.) We went to the zoo yesterday and although I don't necessarily recommend going to the zoo on the Sunday afternoon of the first warm weekend of the year (so, so busy! we are at the end of our year's membership at the zoo and I have never seen it like that), we had a fun time. The girls rode the carousel two times each. They like the carousel better than the actual animals, which seems like a failure of some kind on our part? 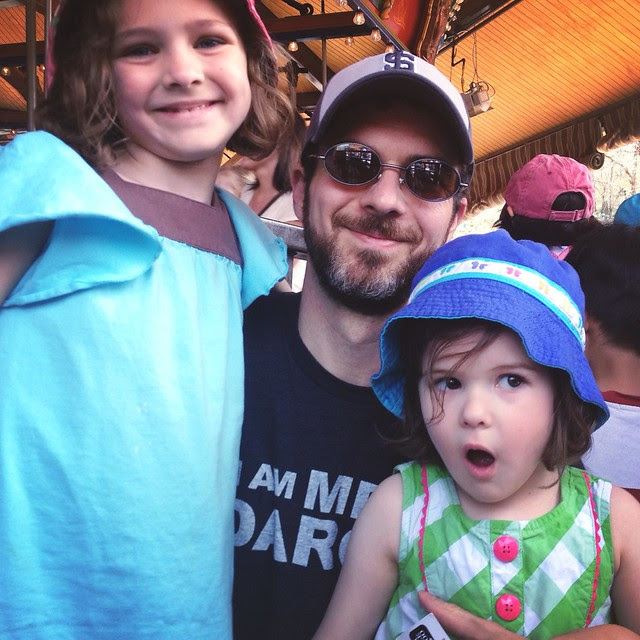 It's been a nice spring for us. We had Passover... 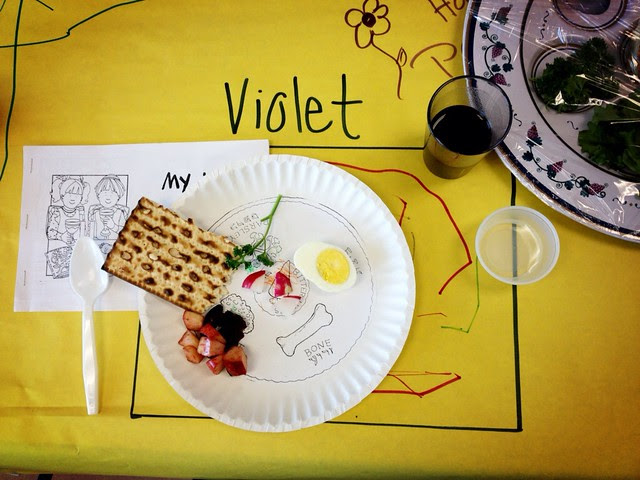 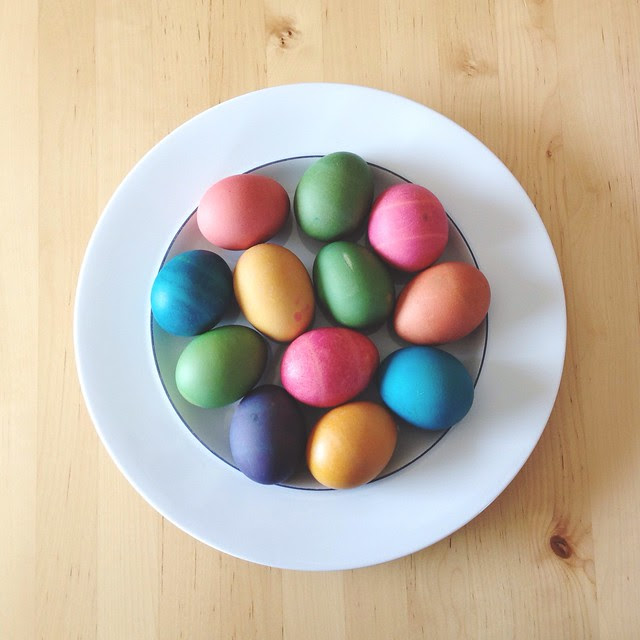 And I am having a good spring as far as body image and feeling at home in my embodied self. For starters, I have been exercising very regularly. Since Violet started preschool at the JCC in January, I have been able to put Lewis in the hourly childcare there and work out more frequently than I have in a very long time. Just doing that really has helped me feel better, physically and mentally. And then I have seen actual changes in my body from this on a shorter timescale than I would have guessed. Influenced by Rob and his Crossfit ways and all the hype about Paleo everything, I have been focusing just on strength training. Strength training is like MAGIC, you guys. I'm doing classic weight-lifting things with barbells (not machines) and I've got to say I've never seen any exercise change my body so quickly. And the exercise itself is not burdensome, which is very helpful. I wouldn't say it's my idea of a fun time or anything, but it is infinitely more pleasant than trudging on an elliptical forever or step aerobics or running or things like that. I lost 2 inches around my hips last month, my rings all fit again, people have commented on my face looking thinner, and most of my pre-Lewis clothes fit now. Interestingly, I have not lost much weight since the beginning of the year (that whole muscle vs. fat thing, I guess). We'll see if I eventually do lose weight or change size more, but to be honest, at this moment I don't care very much. I feel better, and I look better.

When I go to the gym, I shower there while Lewis is still in the childcare (because trying to shower at home without another adult to watch him is still AWFUL). Showering in the locker room there has been another body image epiphany for me. There are other naked women in there and it turns out that WE ALL LOOK PRETTY NORMAL. It turns out that women, even women who are exercising at a gym, come in various sizes and ages and shapes and that's totally OK! We're all OK! A nice epiphany.

I've been wanting to get my nose pierced for a while and I had been holding it out as a reward for getting back to my pre-Lewis weight. Lately, I've been thinking that that maybe isn't the healthiest way to go about things. At some level, I don't really control the number on the scale; I control the choices I make about food and stress and sleep and exercise, but it's a complicated physiological equation that translates that to my weight, and my weight per se isn't really what I want to spend my time focusing on. If I want my nose pierced, maybe I should just go get my nose pierced. So I did.

Here's an inside-the-car selfie (about a week post-piercing), complete with toddler photobomb, for you to see the result: 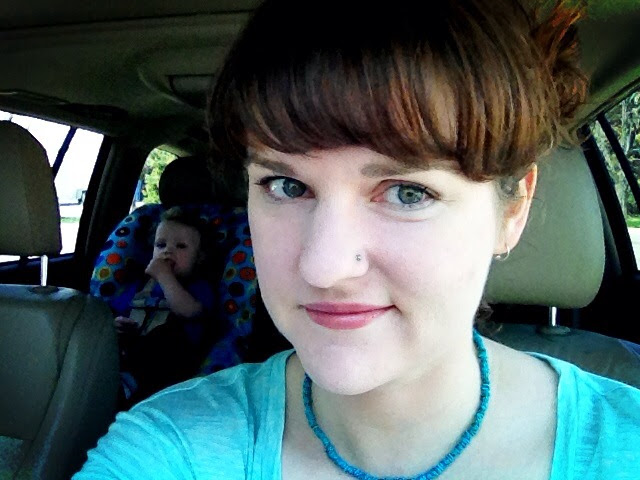 It's been about 10 days with the nose piercing now and I really, really like it. It's been healing well (there have only been a couple instances of a child bonking my face -- OW) and I feel like it looks really "right" on my face. A bunch of people haven't even noticed, which is rather hilarious (people are not thinking about me as much as I think they are), and I've seen a few people do double-takes and visibly think, "Did Julia always have that?" And then a few friends have said that they're just surprised I haven't done it before now. I am so happy with it, which contributes to my general positive body image this spring.

Less welcome this spring, we are dealing with some health issues for Lewis. We are still in the midst of tests and procedures and appointments and figuring stuff out; it has happened sort of fast, from our perspective, but on the other hand, it seems to be explaining some weird stuff that's been going on with him for months. I'll write more soon when we have more actual information about what's going on. Short, preliminary version: he has some kind of swallowing problem and is aspirating liquids, and we need to fix it. Fixing it will involve either surgery (aaaaaaaaaaaaaah...) or swallow/feeding therapy. UGH. It's definitely serious, but right now the things that need to be done seem pretty clear-cut and obvious. Hilariously, when they gave me the info on the possible swallow therapy, it was for the exact same therapists that I had just taken Violet to for a speech/language evaluation. "BUT I WAS JUST THERE..."
Posted by Julia at 9:16 AM 4 comments: